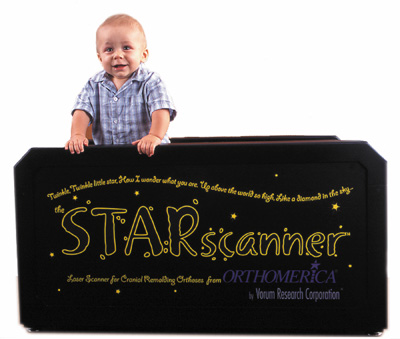 The STARscanner® is an effective and trusted system, used by leading practitioners and children’s hospitals for STAR cranial remolding orthosis treatment since 2001.  The STARscanner® was the first scanning system to receive clearance from the United States Food and Drug Administration (FDA) for use in capturing infant head shape data. The STARscanner® is classified and cleared by the FDA as a Class 1 laser-scanning device because it emits very low-power laser energy. Other examples of Class I laser products include laser printers, CD players and CD-ROM devices. Many other scanning technologies, however, are Class II, which means their lasers are stronger and may not be as safe for infants. The STARscanner® technology has a published clinical paper that proves the efficacy of treatment for both the scanner and STARband™ cranial remolding orthosis. 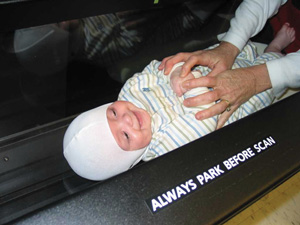